Helping the Teenager With A.D.H.D. 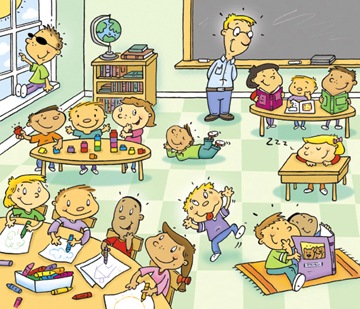 Over the past 20 years, research has demonstrated that children’s emotional and social skills are linked to their early academic standing (Wentzel & Asher, 1995). Children who have difficulty paying attention, following directions, getting along with others, and controlling negative emotions of anger and distress do less well in school (Arnold et al., 1999; McClelland et al., 2000). For many children, academic achievement in their first few years of schooling appears to be built on a firm foundation of children’s emotional and social skills (Ladd, Kochenderfer, & Coleman, 1997; O’Neil et al., 1997). Specifically, emerging research on early schooling suggests
that the relationships that children build with peers and teachers are based on children’s ability to regulate emotions in prosocial versus antisocial ways and that those relationships then serve as a “source of provisions” that either help or hurt children’s chances of doing well academically (Ladd et al., 1999, p. 1375). Psychologists find that children who act in antisocial ways are less likely to be accepted by classmates and teachers (Kupersmidt & Coie, 1990; Shores & Wehby, 1999). They participate less frequently in classroom activities and do more poorly in school than their more emotionally positive, prosocial counterparts, even after one controls for the effects of children’s preexisting cognitive skills and family backgrounds (Ladd et al., 1999). One caveat is that children’s early academic skills and emotional adjustment may be bidirectionally related, so that young children who struggle with early reading and learning difficulties may grow increasingly frustrated and more disruptive (Arnold et al., 1999; Hinshaw, 1992). Although our understanding of the causal and reciprocal influences of children’s cognitive, language, and emotional competencies on later academic achievement would greatly benefit from additional research, the bulk of longitudinal evidence of the importance of social and emotional adjustment for children’s success in early academic contexts is convincing and clear.

Given the evidence that children’s emotional adjustment plays an important part in predicting their likelihood of school success, the next question is “How do we aid children to develop emotional competence and avoid emotional
difficulties so that they come to school ready to learn?”. Interventions have been implemented at the family, child
care, school, and clinical site levels to address these difficulties as children enter school. (A detailed discussion of interventions designed for children before they start school can be
found in Raver [2002].) Based on programmatic intensity, these programs include the following:

Low-intensity interventions in the classroom

A wide range of interventions identify children’s entry into formal schooling as a prime opportunity to affect children’s social, emotional, and academic competence. Some programs have been implemented to change the way that children think about emotional and social situations. Using modeling, role play, and group discussion, teachers can devote relatively small amounts of class time to instruct children on how to identify and label feelings, how to appropriately communicate with others about emotions, and how to resolve disputes with peers (e.g., Conduct Problems Prevention Research Group, 1999; Quinn et al., 1999). The potential gain is that such programs can be offered to all children in a given classroom for relatively low cost. The potential drawback is that these
programs may have only a modest, short-term impact on children’s social and emotional behaviors (Quinn et al., 1999).

Low- to moderate-intensity interventions in the home—parent training programs

Based on a body of research that views parenting as playing a key role in children’s emotional adjustment, a number of interventions have been designed to reduce children’s risk for emotional difficulties by helping
parents to increase their positive interactions with their children, to set firm limits on children’s negative behaviors, and to reduce their use of harsh parenting practices when the adults become angry or upset (see, e.g., McEvoy & Welker, 2000). These programs vary in approach, intensity, and the location in which they are implemented (e.g., home visiting programs, telephone support, parenting skills workshops). Generally, these programs have shown
moderate success (Kazdin, 1987). One concern is that the link between harsh parenting and children’s manifestation of behavior problems has been found to hold true for White families but not African American families in some studies, suggesting that interventions must be placed in culturally grounded frameworks (Deater-Deckard & Dodge, 1997). A second concern is that the effects of these programs may be more transitory than long lasting (Corcoran, 2000). “Multi-pronged” home/school interventions for children at moderate risk. These programs address children’s emotional and behavioral difficulties at home and in school. Although more costly to run and targeted at fewer children, these programs are expected to pay off in the long run by reducing the prevalence of costly outcomes such as criminal offenses and dropping-out of school (Kazdin, 1987; McEvoy & Welker, 2000). Results from a number of experimental studies (using randomized designs) suggest remarkable effectiveness of these multipronged programs in reducing children’s disruptive behavior. These gains range from modest improvements to strong gains in children’s social, emotional and academic skills (Eddy et al., 2000; Stoolmiller et al.,2000; Webster-Stratton & Taylor, 2001). These programs have also shown effectiveness in reducing the likelihood that children will engage in delinquent behaviors (Stoolmiller et al., 2000) and in being held back a grade or more, than did the less-expensive, lower-intensity, classroom-only interventions described earlier (Vitaro et al., 1999). Some
researchers, however, have pointed out that these findings are not sustained over longer periods of time, and that
children’s high school dropout rates are not significantly affected by the intervention program.

A small percentage of young children in poverty struggle with serious emotional and behavioral disturbance. A range of programs are designed to lower the risk of young children’s development of serious problems in families struggling with multiple, chronic stressors such as high risk of maltreatment, mental illness, substance abuse, and domestic violence. School-based mental health consultation programs, for example, pair psychologists, social workers, and psychiatrists with local school districts in order to identify, assess, and treat young children who are in serious emotional and behavioral trouble. Clinicians from local community mental health
organizations observe classrooms, provide teachers with training, and provide child- and family-centered psychotherapy (Cohen & Kaufmann, 2000). As of this writing, no evaluations of school-based consultation programs using randomized trial design could be found; however, the potential for such programs seems promising.

How can we explain the varying levels of effectiveness that have been demonstrated across different types of interventions? Three cautions are offered to explain variation in programmatic success. First, programmatic success is reliant in great measure on the extent to which programs succeed in enlisting families’ participation (Brooks-Gunn et al., 2000). Second, it may be unreasonable to expect long-term emotional and behavioral gains on the part of young children if their families continue to face chronic, structural stressors that erode children’s psycho-social health. Third, we must recognize that the economic, employment, and policy contexts of high-risk
families have changed substantially from the conditions under which many models of interventions were originally designed and implemented over 20 years ago (e.g., Olds et al., 1998). Even given these cautions, however, research clearly demonstrates the importance of children’s emotional adjustment
to early school success. ____________________

This Digest was adapted from “Emotions matter: Making the case for the
role of young children’s emotional development for early school readiness,”
by C. Cybele Raver, in the Society for Research in Child Development’s
Social Policy Report, 16(3), 3-19.